Top Reasons Why Node.js is perfect for Enterprise App Development 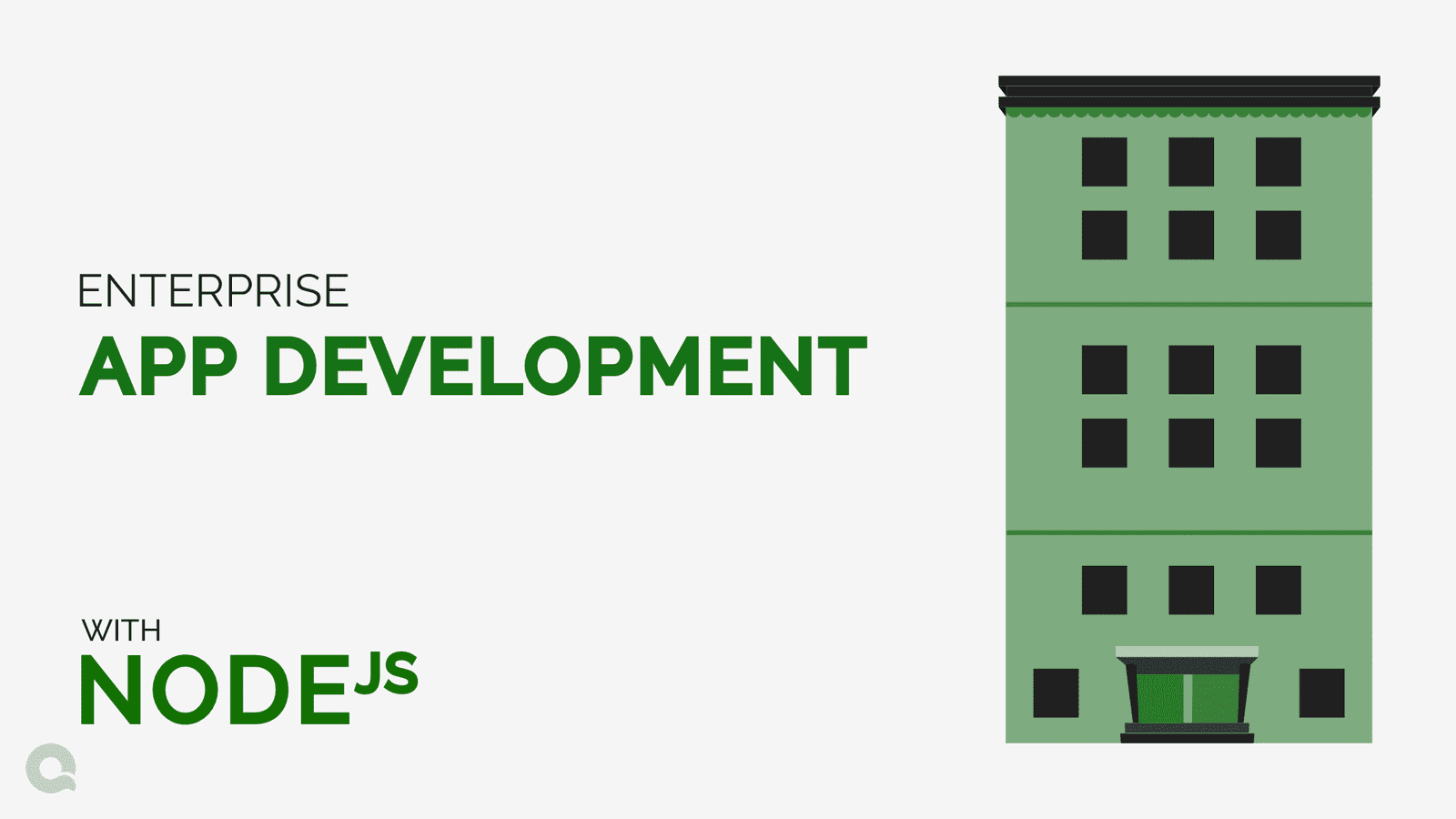 Many businesses in today’s world face cutthroat competition where quick and right action is the key to success. Therefore, having a swift and secure way to develop web apps is no longer an option. Decision making has to be on point and prompt. This is where Node.js proves its utmost excellence.

Where enterprise applications uphold business performance, employee connections, data confidentiality, and many other aspects, this server environment comes as a big relief with the related advantages.

Node.js is an amazing open-source, cross-platform server environment that can use and run JavaScript codes outside the web browser. Developers use JavaScript in Node.js to write command-line tools that run easily on server-side scripts. This helps in the production of dynamic web page content before the page itself reaches the user’s web browser.

The biggest advantage of Node.js is its asynchronous programming. It brings web application development under a single programming language for server and client-side scripts. It is extensively used to build real-time web applications with the help of push technology applied over Web Sockets. This makes it a favorite and much preferred with developers who build serious enterprise apps.

According to the latest Stack Overflow Developer Survey, Node.js is the most popular and opted platform in the “Frameworks, Libraries, and Tools” category.

Node.js is based on Google Chrome’s V8 runtime that is written in C++ language. In other words, Node.js is built to work on multiple operating systems and designed to be super speedy with all the relating advantages.

Because V8, as well as Node.js, are updated regularly, their performances are always highly optimized. The updates make sure the security patches are done. The Node.js architecture is single-threaded and event-driven, thus it can manage multiple connections simultaneously and effectively.

This erases the shortcoming that comes with web platforms that create additional threads for new requests, thus feeding on RAM to process the same. Node.js is scalable from the first point of its implementation. It is equipped with amazing features such as a Cluster module that effectively supports load balancing over varied CPU cores and a PM2 process manager that simplifies the monitoring, optimizing, and deploying of Node applications.

Node.js enables the building of cross-platform desktop apps platforms such as NW.js and Electron. Developers can reuse codes from the web app to the desktop app that are compatible with Windows, Linux, and macOS.

Node.js Developers can exclusively access Google Chrome Developer Tools which gives them the power to debug better and profile desktop versions of the apps. They are more efficient for client-side apps.

Node.js is based on JavaScript language. This removes the learning curve because of the relative simplicity. The syntax of the two resembles and thus the developers can easily get the hang of it. For this particular reason, Node.js is welcomed by Java as well as NET developers.

Beginner or seasoned developers, Node.js is for everyone who wants to build web apps at a quick speed and time.

The Node package manager, also known as NPM, has released an enterprise version to uphold the privacy and security of large enterprises/brands/businesses. The package manager is useful in helping programmers with installing, updating, and utilizing modules in Node.js.

NPM is also advantageous for a large organization struggling with data storage in the cloud section. The NPM infrastructure can run in the background of a company’s firewall without any problems. This enables the enterprises to gain access to the private registry and other related security features.

Reusable APIs are the primary focus in Node.js. This is also one of the vital reasons why Node.js is the best option for enterprise app development. Large volumes of data can be easily handled without things going disturbed. This supports the development of software systems at large levels.

Enterprises keep adopting newer techniques and adapting to the required changes. Node.js has emerged as a stable solution for all the mentioned enterprise app development. In this, the new features are not added and old features are not renewed. Bugs and security issues are identified and resolved.

The needs of users are constantly changing, and the enterprise applications need to evolve with the market to adapt to the demands. User experience is an important aspect of this change in such apps. How businesses select present elements in an app or wish to collect information is always and regularly changing. The apps have to be clutter-free, distraction-free, and importantly must be functionally superior.

Thus, the codebase of enterprise apps needs to be regularly maintained and updated. This is easy with Node.js that can be quickly and easily deployed and the warranted features implemented.

Node.js is the most opted platform when it comes to enterprise app development. It is best for backend services and is currently the apple of all developer’s eyes worldwide. Node.js comes with immense benefits and helps in building enterprise apps with faster time-to-market. Few lines of code are used with fewer resources, and without compromising the performance.

Developers and companies who already use Node.js never go back to another platform, at least a majority of them. Node.js is here to stay and mostly preferred!!

Steps to Build a Successful Website Redesign strategy in 2021